Stereotypes on the metro of Helsinki is seen day by day.

Have you ever felt like a stranger in your country, hometown, or elsewhere? I had felt it many times, especially when individuals assume that you are not from “this place” because you don’t “look, dress or talk” like the rest. At first, it annoyed me, but now I just apply the mirror question or ignore it.

Helsinki is already diverse; however, I think that there is still more to be done to embrace this diversity from different levels. Two years ago, the New Helsinki Theatre (NHT), was created with the aim to bring together professionals of arts, the audience, and the different theatres, to produce together performing arts that show the richness and varieties of cultures in a venue.

In addition, the New Helsinki Theatre is coordinated by two renowned cultural spaces, with vast experience: Post Theatre Collective and Teatteri Metamorfoosi. In an interview with Davide Giovanzana, one of the founders of TeatteriMetamorfoosi, he said, “One thing that touched me a lot when I started theatre was the community, where a group of people who share the similar dream, ideas, and working together (…), made it happen.

As autumn breaks in with its mixture of colours and variety, so is the New Helsinki Theatre with different activities for the public. Many events are being organized from the middle part of October in the NTH Pop-Up 2021. The first one was the seminar Building Bridges: The concrete action for interculturalism and inclusion in Finnish theatre organized at Arts Promotion Centre Taike´s premises on 15th October by NTH. It was a continuation of the Seminar on Art, Culture, and a Diverse Finland organized by the Ministry of Education and Culture.

The worlds inclusion and intercultural are trending, but how much do we know about them and how it should be applied to the different fields. Fred Delvin (2017), addressed the terms of interculturality and intercultural as having become confused by only comparing cultures; however, he aims to “train people to work within the continuum of similarity and difference to oscillate between the two” (p.14).

As my conversation flew with Davide he also made a critical point about this topic of building inclusion in the theatre field. “I think there is fear in the Finnish theatre, and it is self-centered (…). The tradition “hyvä veljeys” (brotherhood) affects the actors that didn’t study in Finnish theatre school (…), this mentality affects not only the foreigners (from the theatre) but also the Finnish people”.

For the ending part of this month, there will more events to attend. From 28.10-28.11, Vuotalo will be the venue of the Pop-Up, it includes the presentation of three performances, The Stranger, Punch Up!-Resistance & Glitter, and Eros/sa.

So, have you recalled feeling being a stranger? If you have not, hop up on this metro journey that we will take from the southern to the eastern side of Helsinki. I am sure that after this trip you will feel related to the stories of the play.

It was a rainy and grey day when I arrived at TeatteriMetamorfoosi, located in Sörnäinen, Helsinki. I entered a studio that has gray walls and a black floor where five individuals were rehearsing a play that I also became part of while watching. I forget that outside was a gloomy day because the different voices saying 5,6,7…, the body movements, the music beat, and phrases transported me to each scene of the play Stranger.

This play directed by Davide Giovanzana, performed by Yasmin Ahsanullah, Maija Ruuskanen, and Anastasia Trizna; light designed by Anssi Ruotanen, and produced by Teatteri Metamorfoosi, describes the story of three women feeling an outsider in their city as they travel in public transportation. These three stories are intertwined with Meursault, the protagonist of the novel The Stranger by Albert Camus. The play Stranger portrays many topics, but the main one is “feeling alienated,” said the director.

The timeline of the performance is the Helsinki metro that travels from Tapiola to Mellunmäki in 40 minutes. The play takes an hour is almost real-time of the trip. During this journey, the characters observe the variety of passengers and their economic status. They also experienced being an outsider in their community, by being Othered by other passengers of the metro.

According to Johnson et al. (2004), Othering is a “process that identifies those that are thought to be different from oneself or the mainstream, and it can reinforce and reproduce positions of domination and subordination”. This process includes stereotyping, racialization, culturalism, discrimination, sexism, essentialism, etc. which divide, create fear, grant privilege, and lack of perspective of “others” in the society.

So, from the 28th to -31st of October, you are invited to Vuotaloto be part of this play, The Stranger. The objective of the play is that you feel related as the stories evolve and participate in the rave at the end of the play, so you can stop being a victim of the constructed society.

As I ride the metro to meet a friend in the centre of Helsinki, my thoughts are about my life as a stranger in Finland; where I had felt belonged but at the same time rejected, however, I feel that this is one of my home.

Society has labelled women. Mothers constantly get advise how to rise their child. 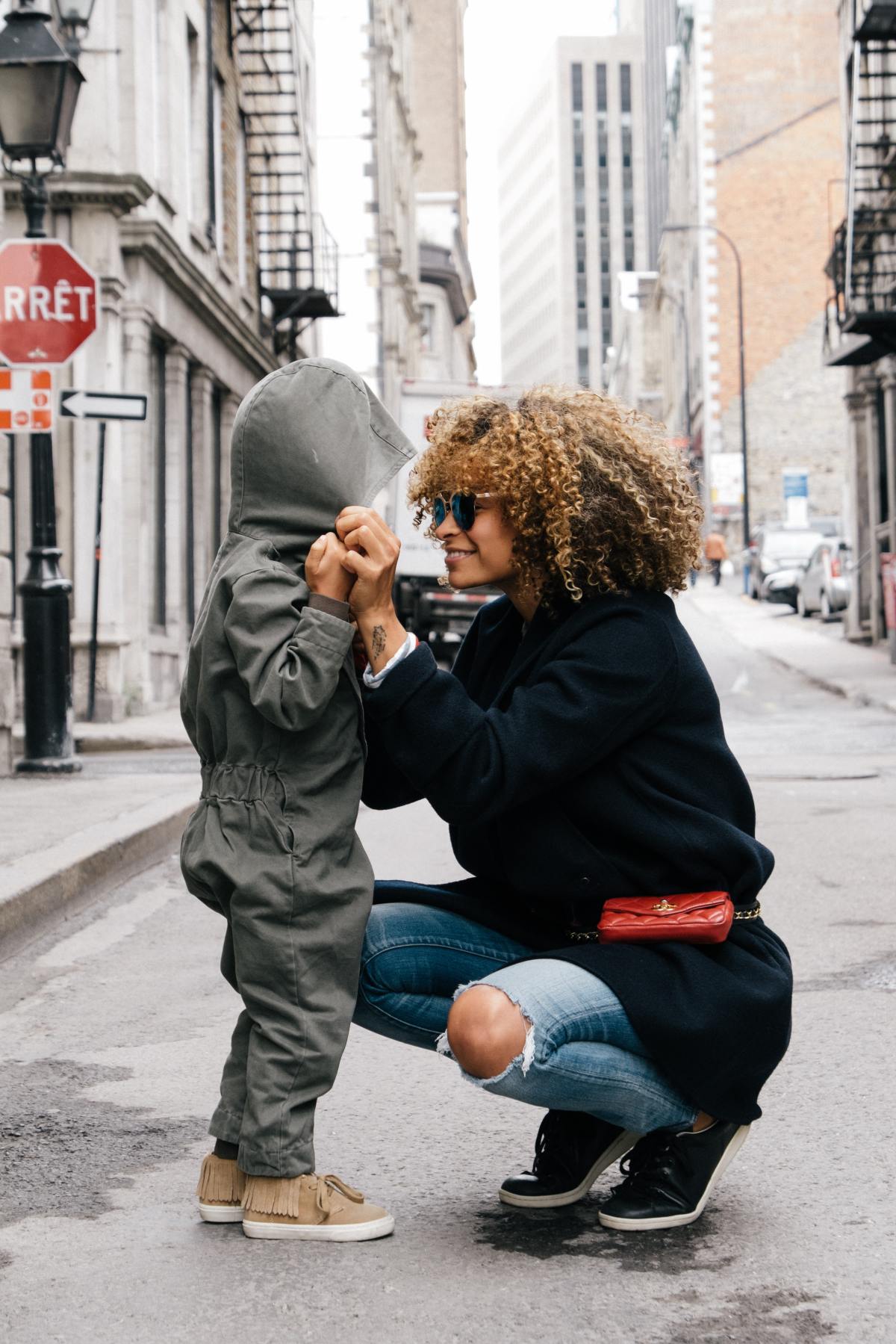 I am not a mother, myself, as you know from my previous post. However, along with one of my best friends, we raised her sister and brother, who still call me mom. I am proud of what I taught them and who they are today. I am also an amazing aunt, godmother and babysitter.

Women constantly get labels for their gender. In my post Labels for not being a mom, I got good feedback from several readers, thanks to all.

But I also was told that it does not end there, which is true because if you get married or have a partner, family members or friends will ask, say or do:

-When will I have a grandchild, be an aunt or uncle?

– They will buy things to give a hint that it’s time. For example, once they brought a calendar of childhood vaccinations and other newspaper clippings.

– They will ask you to babysit your niece or nephew so ” you can practice”.

However, once you become a mom, questionary and labels continue even if you are doing your 24/7 job.

I asked moms friends from different countries to share their comments, questions, and statements they had experienced for being a mom. While reading the responses  that were forwarded  to me, I was surprised by some comments, and not for others, since I have heard people saying them; or I myself, practicing this inappropriate behaviour before being aware that is not my business.

Once again, it was confirmed that most inappropriate questions and comments come from other women. Here are some experiences:

Mothers, continue doing your great work. Ignore what anyone has to say about how to raise your child. Remember that you have several roles to play in this movie as a mother, wife, lover, woman, worker, friend, etc.

Audre Lorde said: “The strongest lesson I can teach my son is the same lesson I teach my daughter: how to be who he wishes to be for himself. And the best way I can do this is to be who I am and hope that he will learn from this not how to be me, which is not possible, but how to be himself. And this means how to move to that voice from within himself, rather than to those raucous, persuasive, or threatening voices from outside, pressuring him to be what the world wants him to be.”